Spanning the Canal in London's Regent's Park, the cast iron Primrose Hill Bridge was in need of restoration. 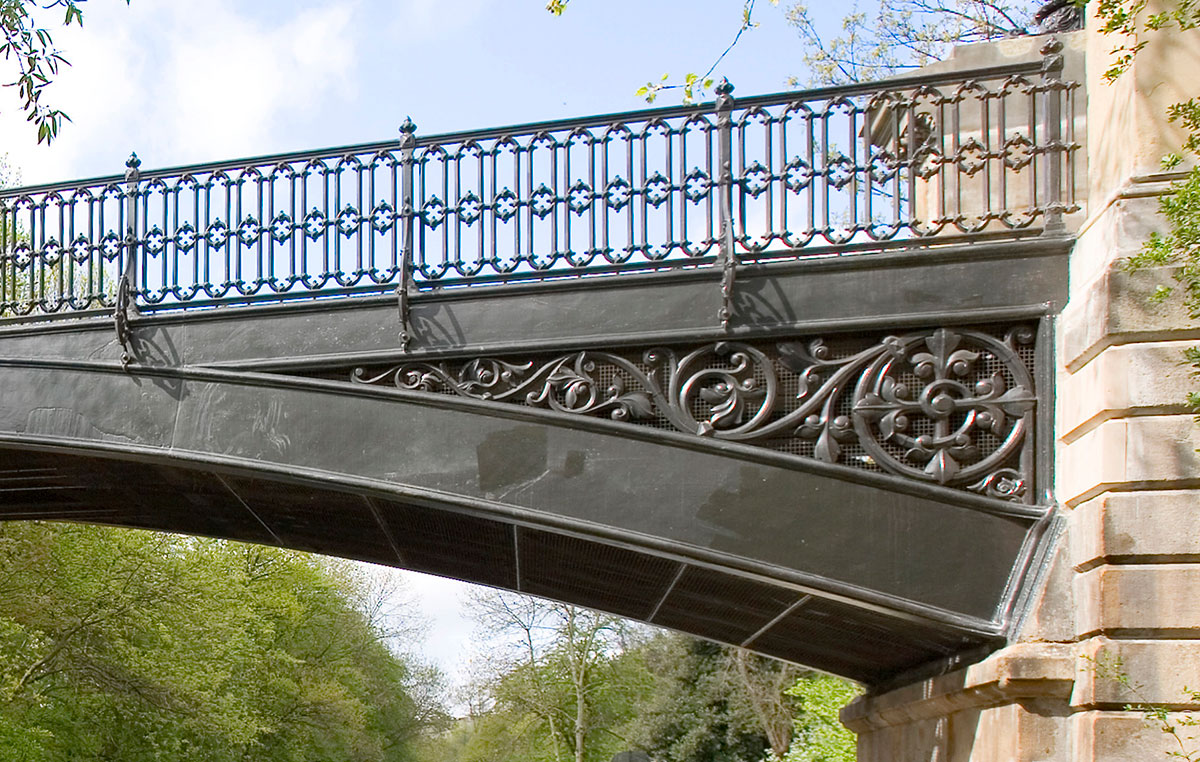 This project entailed the repair and conservation of the impressive cast iron bridge in London's Regent's Park, involving the restoration of the cast iron balustrades which had been previously removed.

Works included detailed surveys, costed scheme designs, scheduling of repairs and specification for cleaning and repair of the existing cast iron arch stone abutment structures; research and design of new cast iron balustrade to replace those which had been previously removed including cast iron pedestal base lighting columns; installation of new pre-cast concrete deck and re-routing of exposed services.

Other considerations included the need to maintain access to high voltage power cable networks under the towpath and across adjacent banks, and medium voltage cables and water mains running across the bridge, together with canal bank stabilisation proposals.

Negotiations also took place with London Zoo and Royal Parks to change the approaches to the bridge to eliminate the previous segregated dual access routes over the canal.

< back to heritage and regeneration